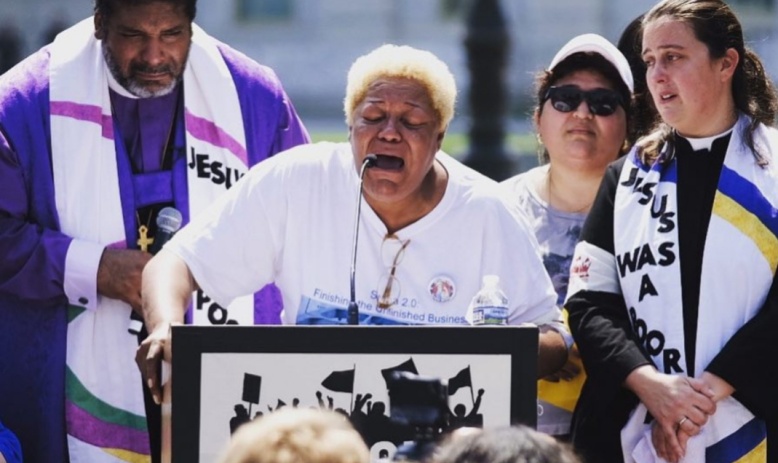 By Rebekah Barber Benjamin Barber
June 17, 2020 - As he died at the hands of Minneapolis police, Floyd called out for his mother — rending the hearts of Black mothers nationwide and spurring many to take part in street protests. Some of those same Black mothers will also be taking part in the Poor People's Campaign's virtual mass rally on June 20, and they are drawing connections between police violence and policy violence.