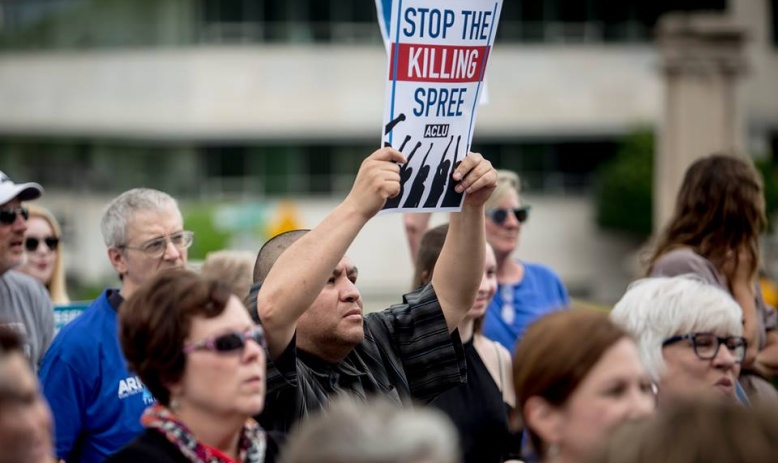 By Rebekah Barber
April 28, 2017 - Earlier this year, Arkansas Gov. Asa Hutchinson announced plans to execute eight death row inmates over a 10-day period this month in a rush to use a lethal injection drug before it expired. But in doing so, the state may have subjected the mentally impaired to cruel and unusual punishment and denied DNA evidence to a man who could have proven his innocence.