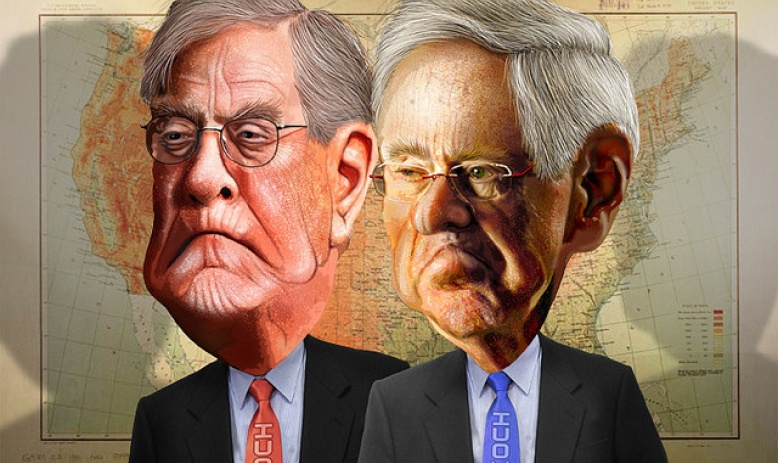 By Alex Kotch
June 10, 2016 - MapLight has compiled a database of all politically active "social welfare" nonprofits, many of which formed after a 2010 U.S. Supreme Court ruling loosening rules for political spending. It documents 650 such groups in the South, with some of the top-grossing ones part of the billionaire Koch brothers' formidable political spending machine.