As the year draws to a close, Facing South is taking a look back at the big stories that shaped the region and the top 10 stories we did at FS that made a big splash. Here's #9: 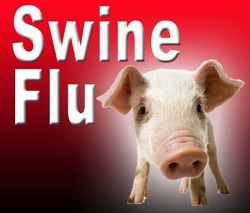 The breakout of the swine flu virus has to make anyone's list of Big Stories for 2009 -- and I'm not just saying that because I personally stood for 3 hours in the cold and rain to get my kids vaccinated.

The spread of the H1N1 flu virus started with hysteria, developed into a backlash of naysayers, and then settled into being a serious public health threat that would claim the lives of thousands of people.

As Facing South reported, the geography of the disease meant that the South was especially hard-hit -- by the end of October, over two-thirds of child deaths from swine flu were in Southern states, according to the Centers for Disease Control.

But Facing South also raised questions about other aspects of swine flu that other media weren't covering. Sue Sturgis published widely-circulated stories on how factory farms create an ideal environment for pathogens.

She also brought attention to how environmental pollution -- like toxins from coal-firing power plants -- may be making humans more susceptible to epidemics like swine flu. Sue dug up a Dartmouth Medical School study which found that arsenic in particular -- which is often found in high levels in drinking water -- suppresses immune response to H1N1:

Most disturbingly, the study -- published last month in the journal Environmental Health Perspectives -- found that arsenic can weaken the immune response to swine flu even in the low-level exposure levels that  are commonly found in contaminated drinking water.


Facing South also got big traffic for its pieces showing how sick leave policies at companies make the spread of illnesses like swine flu worse. We reported how a big company like Wal-Mart in particular -- with a huge workforce that's regularly in contact with the public -- exacerbates the problem with policies that punish workers who don't come to work due to illness.

Sick workers advised to stay home by their employers shouldn't have to choose between their livelihood, and their coworkers' or customer's health.


Want to help Facing South keep breaking the big stories? Make a special, year-end tax-deductible gift to the Institute Investigative Fund -- and our new special project to train Southern bloggers, the Freedom Journalism School -- today! If you donate by December 31, 2009, a Facing South reader will match all gifts up to $10,000. Go pitch in now!