This week Georgia's Republican governor, Nathan Deal (center), announced that his administration was considering expanding the Medicaid health insurance program to more low-income people in his state. He joins Democratic governors Roy Cooper of North Carolina (left) and Terry McAuliffe of Virginia (right), who are pressing for expansion despite resistance from their GOP-controlled legislatures.

When President Trump took office in January, number of states that still had not expanded Medicaid under the Affordable Care Act, which remains law after congressional Republicans failed to muster enough votes last week for a repeal: 19

Of the 13 Southern states, number that have expanded the program, which provides health insurance to low-income and disabled people: 4*

Of the nine Southern states that have declined expansion, number where governors are now discussing it again: 3

Date on which Georgia Gov. Nathan Deal (R) announced that his administration is exploring Medicaid expansion: 3/27/2017

Date on which Virginia Gov. Terry McAuliffe (D) proposed his latest amendment to the state budget giving him power to set Medicaid expansion in motion: 3/27/2017

Additional number of Virginians who could get health insurance coverage under Medicaid expansion: 400,000 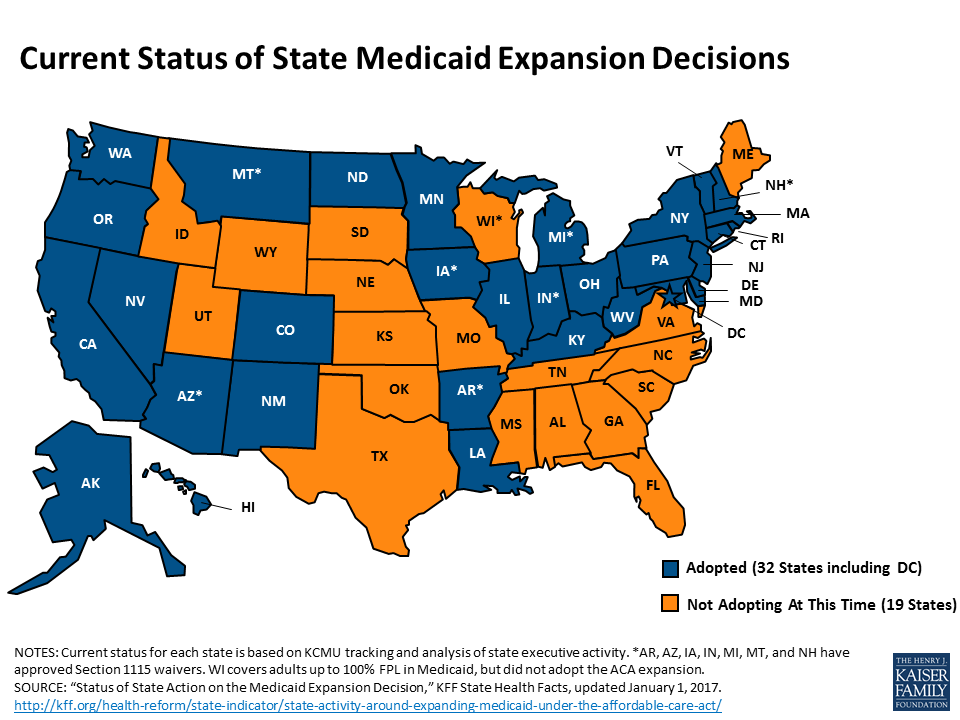 Amount in federal funds Virginia has forfeited because of its refusal to expand Medicaid to date: $10.4 billion

Date on which the Virginia legislature will reconvene to consider McAuliffe's proposal, with the GOP leadership saying expansion doesn't stand any better chance now than last month when they stripped similar language out of a budget plan: 4/5/2017

Number of North Carolinians who would get health insurance coverage under Cooper's plan, which the legislature is trying to block in court: 624,000

If all of the Southern states that still have not expanded Medicaid did so, estimated number of low-income people who would get health care coverage as a result: 5 million