In December, poultry workers at a George's plant in Springdale, Arkansas, participated in a walkout to protest the company's working conditions. (Photo by Rachell Sanchez-Smith.)

Just over two months ago, approximately 30 workers walked out of a Springdale, Arkansas, poultry plant owned by George's, a mid-sized poultry company based in the city. The walkout was prompted by management's decision to take away staggered shift start times, which forced workers entering and exiting the plant into crowded hallways where social distancing was nearly impossible. It came following months of concern nationwide that poultry processing plants were playing a big role in COVID-19 virus transmission.

The walkout lasted for a day, and workers returned to the job having obtained promises from management to move back to staggered start times. According to interviews with three workers who walked out, George's has reimplemented staggered shifts. But the company has left other promises made in the wake of the walkout unfulfilled, workers said. All workers who spoke to Facing South for this piece did so in Spanish; interviews have been translated. George's did not respond to a request for comment.

On the day of the walkout, workers told Facing South that they expected participating in the action would have a financial cost. "In the half of a second that we left the building, I know they have taken away our bonus," Maria, a deboning worker who asked to be identified by a pseudonym, said at the time. As the walkout unfolded, other workers were concerned that their jobs could be at risk.

No workers lost their jobs in the aftermath of the walkout. But management did take bonuses and pay, workers said. "They took away the hours in which we were gone, and they immediately took away our daily bonuses," said Luis Reyes, who works in the plant's deboning department.

Another deboning employee named Fabiola, who asked to be identified by her first name only for fear of retaliation, told Facing South she missed a day of work soon after the walkout. Plant management called her in and asked where she was and what she was doing, she says.

"I have missed a shift in the past and they never call me to ask for a reason. They don't care about that," said Fabiola. She believes the further questioning was a result of her participation in the walkout.

One of the promises still not kept, workers say, is adding more stations for workers to clock in and out of shifts. This would allow for workers to social distance at the beginning and end of their shift, rather than queuing around crowded time clocks. "So far, they still haven't put it up," said Evangelina Palacios, who works in the plant's trimming department.

The company also promised to install more handwashing stations, Palacios said. "They have not installed them yet, because according to them 'the machines are being ordered,'" she told Facing South. George's did not respond to questions about how many sanitizing stations are currently in the plant, and whether the company plans to install more.

Palacios got COVID-19 last July, when meatpacking and poultry plants across the country were seeing a surge in cases of the virus. Her children and grandchildren who live with her got sick as well. She is the only person in her household who works, she said, and she's sure she contracted the virus from working in the plant.

"I told [plant management] that the week before I tested positive, I only went to work and the grocery store and no one at my house works," Palacios said. "There's nowhere else that I could have gotten the virus from."

Many workers who Facing South spoke with on the day of the walkout said that, in addition to safety concerns related to COVID-19, they would like to see pay improve as well.

Palacios has worked for George's for 15 years and told Facing South that she makes $13.45 an hour on the debone line, including bonuses. Fabiola currently makes $12.75 an hour. That's not much above Arkansas' hourly minimum wage, which increased to $11 this year thanks to voters' passage of a 2018 ballot measure. The federal minimum wage has been $7.25 since 2009. 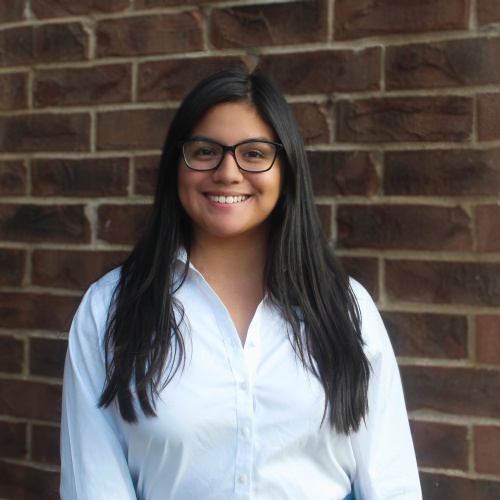 Rachell is a student journalist at the University of Arkansas and a translator for Arkansascovid.com. She is pursuing a double major in journalism and political science with a minor in legal studies. She wrote and served as an editor of the Mountie Spectrum for Rogers High School for nearly three years. Following her 2024 graduation, Sanchez-Smith plans to continue working in journalism and hopes to attend law school.

Olivia Paschal is the archives editor with Facing South and a doctoral student in history at the University of Virginia. She was a staff reporter with Facing South for two years and spearheaded Poultry and Pandemic, Facing South's year-long investigation into conditions for Southern poultry workers during the COVID-19 pandemic. Her reporting has appeared in The Atlantic, the Huffington Post, Southerly, Scalawag, the Arkansas Times, and Civil Eats, among other publications.