It's no secret that many disabled people in the United States live in poverty. In fact, the poverty rate for Americans with disabilities was more than twice that for nondisabled people in 2020 — 25% compared to 11%.

And it's not mere coincidence that Southern states have high rates of disability, averaging 29% across the 13 Southern states*, as well as some of the nation's highest poverty rates. While there are complex factors that contribute to the high prevalence of disabled poverty in the South, some are simply state policy choices that are ripe for reform.

As legislatures across our region gavel into session, I'd like to draw attention to two specific problems that are trapping people with disabilities in poverty: a lack of sufficient funding for home and community-based services (HCBS), and subminimum wages.

Disabled folks in the South have long been fighting to change these policies — and we have won important victories in recent years in several Southern states. Those wins offer models for other states to borrow and learn from.

When I was growing up, my parents relied on Medicaid to get the services my two triplet brothers and I needed to live. As kids with cerebral palsy, the three of us received professional care in our home rather than in institutions. There are believed to be upwards of 6 million or more people in this country who, like I did, receive HCBS through waivers and state benefits plans, but hundreds of thousands more have been waiting for the funding that would allow them to access such services.

At this moment, more than 655,000 people are on waiting lists for Medicaid HCBS waivers across the United States, and 76% of them — more than 500,000 people — are here in the South. These numbers do not include the likely thousands of people who need HCBS but have not yet won a spot on overwhelmed waiting lists. Yet lawmakers in our states have failed year after year to provide funding to eliminate these waiting lists and to shore up the care economy so that there are enough workers to deliver these critical services.

In Georgia, for example, over 7,000 people are on the waiting list for what's known as NOW (New Option Waiver Program) and COMP (Comprehensive Support Waiver Program). Some people have been waiting for years. Nick Papadopoulos, a 45-year-old man with cerebral palsy, has been waiting for more than seven years. In that time he's been forced to live in a nursing home, unable to leave for fear of losing his bed.

"I want my whole life back," Papadopolous told former Georgia gubernatorial candidate Stacey Abrams in a video interview last year. "I want to be able to, you know, go out and enjoy some social time with my friends. I want to be able to have a job, you know, earn a living. Find my purpose."

Advocates across the South have been pushing lawmakers to provide the funding needed to get more people waivers. Georgia has funded only a few hundred year after year while the waiting list has continued to grow. The proposed budget Republican Gov. Brian Kemp released this month funded only an additional 250 waiver slots on top of the 500 or so that are annualized. If that rate of funding continues, it would take nearly a decade to fully fund the current waiting list without accounting for additions. The situation is untenable.

There are some hopeful bipartisan signs of change, however. Last year, Georgia state Sens. Sally Harrell (D) and John Albers (R) co-chaired a study committee to address the waiting list crisis. After months of hearings with testimony from community members, in December they recommended that this year's budget fund 2,400 additional waiver slots, with a goal of eliminating the waiting list in three years. Doing this would cost just $66 million, which could easily be paid for using last year's $6.6 billion budget surplus.

Additionally, the Georgia study committee recommended a pay increase for in-home care workers, known as direct service professionals (DSPs), from the current $10 to $15 per hour in order to address the workforce shortage that's contributing to long waiting lists. While Kemp did not include either of the committee's recommendations in his proposed budget, the bipartisan support for such investment in the legislature suggests more slots could be funded and DSP pay increased before the current session's end.

There's also good news from Arkansas, where in 2021 now-former Gov. Asa Hutchinson (R) announced that he would include funding in the budget to completely eliminate the waiver waiting list for people with intellectual and developmental disabilities by 2025. The state had been working toward that goal and improving conditions for the care delivery workforce for years, and his willingness to provide that level of funding was a welcome sign of hope for people with disabilities across the state.

Still, too many people residing in the South continue to wait for needed services. As a consequence, parents can't work because they need to be at home caring for their disabled kids. Adults with disabilities are forced into expensive institutions for years, unable to live independent lives. And disabled people who are Black, brown, and indigenous are even more likely than their white counterparts to be institutionalized — and have negative health outcomes as a result.

When President Franklin D. Roosevelt signed the Fair Labor Standards Act (FLSA) into law in 1938, it changed the game for U.S. workers by creating a minimum wage. But one section of this law, Section 14(c), allowed employers to pay workers with disabilities subminimum wages.

At the time, the employment opportunities for members of our community, especially those with intellectual and developmental disabilities, were limited, and this provision was intended to increase those opportunities. Today, however, the world has changed — but the subminimum wage for people with disabilities is still the law of the land. On average, these employees are paid just $3.34 per hour, with some making just pennies per hour. The policy is driving poverty among people with disabilities and deepening their dependence on publicly funded programs.

Anyone can go to the Department of Labor's website to see which companies and organizations hold 14(c) certificates allowing them to pay subminimum wages to disabled employees. As of October 2022, 1,038 employers nationwide held such certificates, with 242 of them, or 23%, located in Southern states.

The vast majority of these certificate holders specifically serve the disability community through programs intended to give people job opportunities and skills training to transition them into the workforce. These jobs represents critical opportunities for people with disabilities, since sheltered workshops and similar programs largely fail to integrate people with disabilities into the workforce.

Adding to concerns over the subminimum wage are executive salaries at some of the organizations paying it. For example, the Sugar Plum Bakery in Virginia Beach, Virginia — a charitable nonprofit whose website says it promotes "the integration of persons with intellectual disabilities into society by helping them become independent and evolve into working contributing members of our communities" — is currently paying five employees subminimum wages while its executive director made $94,977 in 2020, according to the organization's most recent publicly available 990 filing. And in Lawrenceville, Georgia, a charitable nonprofit called Creative Enterprises that offers work experience for people with intellectual and developmental disabilities currently pays 59 employees subminimum wages while paying the executive director $167,282 in 2020, according to the most recent publicly available 990.

Up to the states

It's critical for states to help residents with disabilities because the federal government has been slow to act. Last year the federal disability employment program AbilityOne banned contractors from paying subminimum wages to employees — an important reform, but one with relatively limited impact. Federal legislation aimed at phasing out subminimum wages across the board has won bipartisan support, but it has yet to successfully move through Congress.

And while the Build Back Better Act of 2021 offered significant federal funding for HCBS and passed the House, then under narrow Democratic control, Democrat Joe Manchin of West Virginia effectively blocked the measure in the Senate. Though some of the Build Back Better provisions were rolled into the Inflation Reduction Act of 2022 that became law last August, the HCBS funding was not included — and it remains unclear whether the federal government will act on it any time soon.

With federal help not guaranteed, it's up to the states to do the right thing. Disabled people and our families across the South are in a crisis created by policy choices. Our people — and there are more of us thanks to the COVID-19 epidemic — are being forced into poverty and dying unnecessarily in nursing homes and other institutions because of outdated laws and stingy budgets. Too many people in power have shown they do not understand the urgency of this moment.

Lawmakers across the South have an opportunity to set an example for the rest of the country by giving us our basic freedom, independence, and opportunity. The time is now. 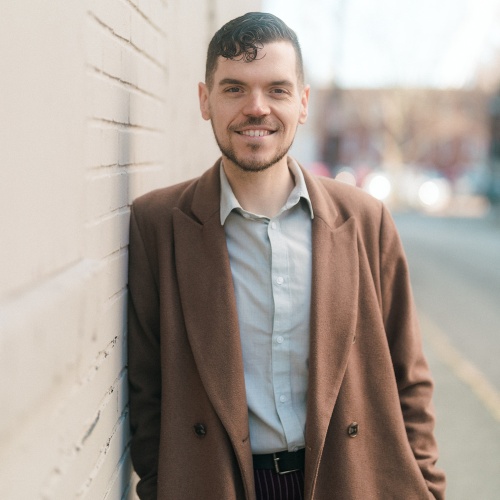 Dom Kelly is the founder, president, and CEO of New Disabled South, an Atlanta-based nonprofit organization working to achieve liberation and justice for disabled people in 14 Southern states. He most recently served as senior advisor for disability to Stacey Abrams during her Georgia gubernatorial campaign, and previously worked at her voting rights organization Fair Fight Action.