By Desiree Evans
February 27, 2009 - It hasn't been a good year so far in terms of preventing regulatory failures at Southern manufacturing plants. The nation is still reeling from a massive salmonella outbreak linked to peanut products from the Peanut Corporation of America's plant in Blakely, Ga., that has sickened sickened some 666 people and may have contributed to nine deaths. 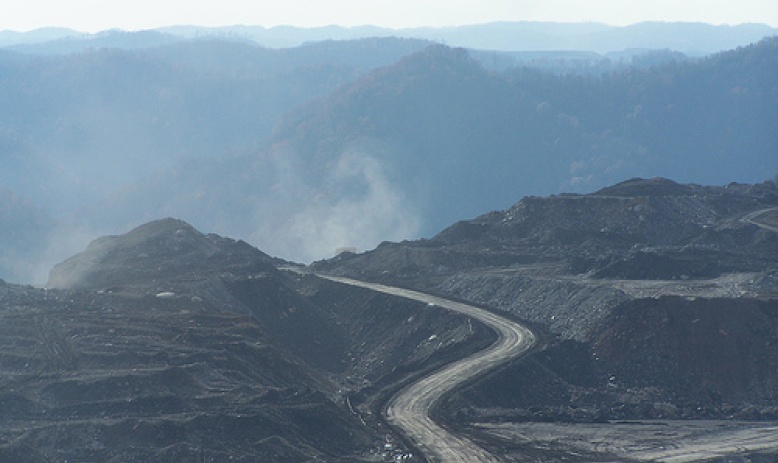 By Sue Sturgis
February 26, 2009 - North Carolina is not a coal mining state, but its electric utilities are still involved in one of the most destructive mining practices used today -- mountaintop removal mining, which involves blasting off Appalachian peaks to get to the coal and dumping the resulting waste into valleys below.
By Chris Kromm
September 30, 2008 - At Facing South, we've provided you with extensive coverage of how the elections are playing out in three key battleground states: Florida, North Carolina and V
By Chris Kromm
May 19, 2008 - This year was the first "big election" test of North Carolina's new same-day registration and voting law, and results show it was a huge success.
By Chris Kromm
March 7, 2008 - Today's job report coming out of the Bureau of Labor Statistics has some grim news: for the first time in eight five years*, the country has seen two straight months of job losses. The net job loss for February was 22,000.
By Chris Kromm
June 13, 2007 - In a recent debate on North Carolina Public Radio, N.C. Lt. Gov. Beverly Perdue (D) insisted that there are "no downsides" to her plan of expanding military bases and defense industries in the state. I disagreed, citing the Institute's recent report North Carolina at War, which documents the social, economic and other costs of being "the most military-friendly state in the nation."
By Chris Kromm
May 14, 2007 - Last week on "The State of Things," North Carolina Public Radio's popular call-in show, N.C. Lt. Gov. Beverly Perdue stated that she saw "no downsides" to dramatically expanding the role of military bases and contractors in the state, a new campaign she has launched (you can listen to the show here).
By Chris Kromm
May 10, 2007 - We had a spirited discussion today on "The State of Things," North Carolina Public Radio's popular public affairs show, about military business in North Carolina. Lt. Gov. Beverly Perdue -- who recently launched the North Carolina Military Foundation -- started off with an interview where she extolled the benefits of luring more defense dollars to North Carolina (even saying she didn't see "any" downsides or social costs to it).
By Chris Kromm
May 10, 2007 - Tomorrow at noon, the popular North Carolina radio show "The State of Things" will feature a program on "North Carolina and the Military." I'll be part of the program, which will also include Lt. Governor Beverly Perdue and a spokesman from the N.C. Military Business Center.
By Chris Kromm
March 20, 2007 - One of the issues the Institute investigated the report we released last week on the impact of war in North Carolina -- "America's most military-friendly state" -- is the lengths the armed forces will go to recruit new soldiers.