By Sue Sturgis
September 28, 2007 - Poor New Orleanians are not the only Gulf Coast residents whose post-Katrina housing needs are being treated with disregard by their government: Low-income residents of Mississippi are also facing dire problems that have been exacerbated by the actions of Congress, the Department of Housing 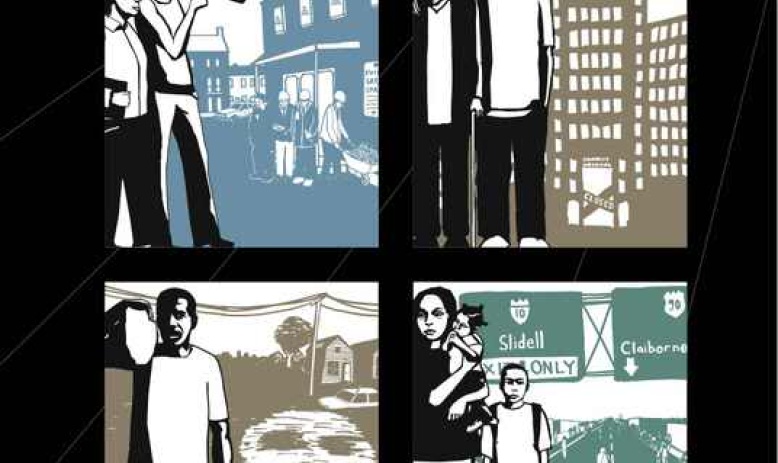 By Sue Sturgis
June 20, 2007 - The U.S. Social Forum that opens next week in Atlanta is expected to draw 20,000 activists together from across the country to build movement for change.
By Sue Sturgis
June 14, 2007 - We reported last week on the unsealing of a federal whistle-blower lawsuit filed in Louisiana by former insurance adjusters alleging that eight insurance companies defrauded the National Flood Insurance Program out of potentially billions of dollars by misattributing property damage cause
By Sue Sturgis
April 28, 2007 - The Bush administration yesterday announced that it would extend temporary housing assistance to survivors of Hurricane Katrina for another 18 months, until March 1, 2009. The program, which had already been extended, was set to expire on Aug. 31. About 80,000 Gulf Coast residents are still living in Federal Emergency Management Agency trailers.
By Sue Sturgis
March 15, 2007 - It's become a familiar theme in the ongoing Hurricane Katrina saga: Businesses with close Bush administration ties get key contracts, only to flub the job they were paid handsomely to do.
By Sue Sturgis
January 8, 2007 - Anger is building among New Orleans' residents over the recent surge of violent crime in the city, where nine people have been killed already this year.
By R. Neal
December 8, 2006 - In an appearance before the National Press Club in Washington, FEMA Director R. David Paulison spoke on his vision for a "New FEMA".
By Chris Kromm
August 30, 2006 - Sometimes it's easy to forget the depth of incompetence and neglect people in the Gulf Coast suffered after Katrina -- and the lengths that federal officials went to spin and deny things were going wrong.
By R. Neal
October 13, 2005 - Posted by R. Neal N.O. considers bypassing historic preservation law