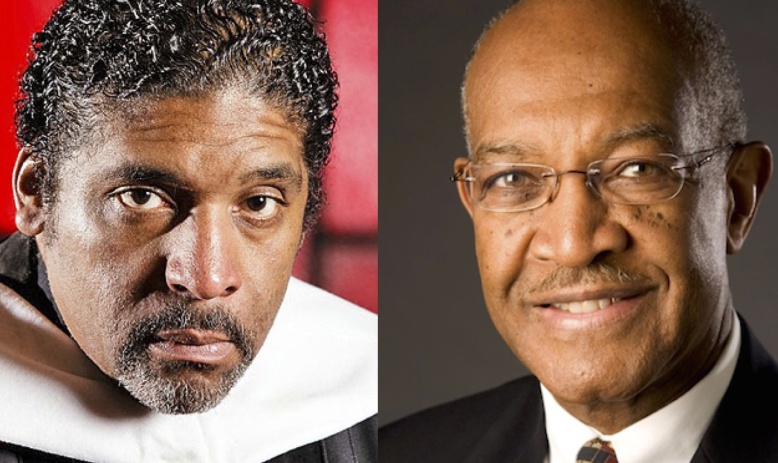 By Sue Sturgis
March 31, 2016 - Rev. Dr. William Barber II, the architect of North Carolina's Moral Movement, is joining with other faith and civil rights leaders for a "revival tour" that aims to put love, justice and compassion at the center of public life — a response to a national political discourse that Barber says "has been poisoned by hateful language and policies."

By Texas Observer
August 8, 2011 - By Forrest Wilder, Texas Observer
By Texas Observer
August 4, 2011 - With each passing day, Rick Perry's Christian prayer-and-repentance rally, The Response, seems like more of a mistake, a classic act of hubris by a politician still learning his way around the national stage. First, the backlash has been fierce, not just from the "usual suspects" like the ACLU and Americans United for Separation of Church and State, but also a wide swath of American faith leaders as well as gay rights activists. Just yesterday the Houston Chronicle reported that:
By Chris Kromm
May 15, 2006 - The position of many conservative churches to sex is "just say no," but do their followers really buy it? Think Progress has an interesting post about how the views of church leaders appears to be out of sync with the practices of the church-goers -- especially women:
By Chris Kromm
November 7, 2005 - The New York Times has an important story today on how evangelical Christians are finding themselves increasingly at odds with the Bush Administration on environmental issues, especially global climate change:
By Chris Kromm
June 23, 2005 - Disney, watch out: the Southern Baptists are coming! That's the announcement coming out of the Southern Baptist Convention being held this week:
By Chris Kromm
May 25, 2005 -
By Chris Kromm
May 10, 2005 - The Texas Freedom Network has released a new report which offers a useful glimpse into the original intent -- and right-wing's hijacking -- of the National Day of Prayer, which happened on May 5:
By Chris Kromm
May 9, 2005 - The Columbia Journalism Review has a good overview of the burgeoning network of Christian media outlets in its latest issue:
By Gary Ashwill
May 5, 2005 - In his column in the Times today, David Brooks (as usual) lays spurious claim to a "middle ground" (what he calls "Lincoln's land") between passionate, crusading evangelicals and the "bland relativism of the militant secularists" (whatever that is).